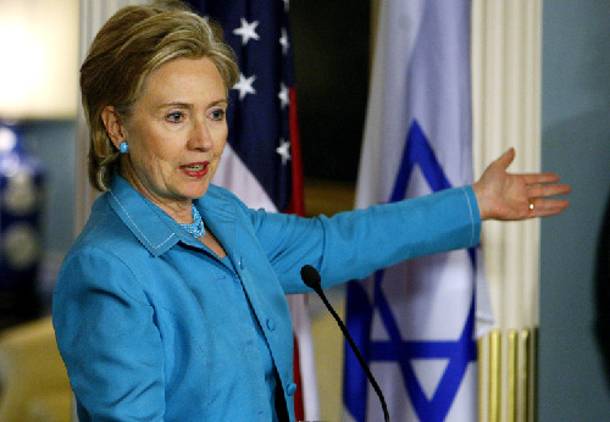 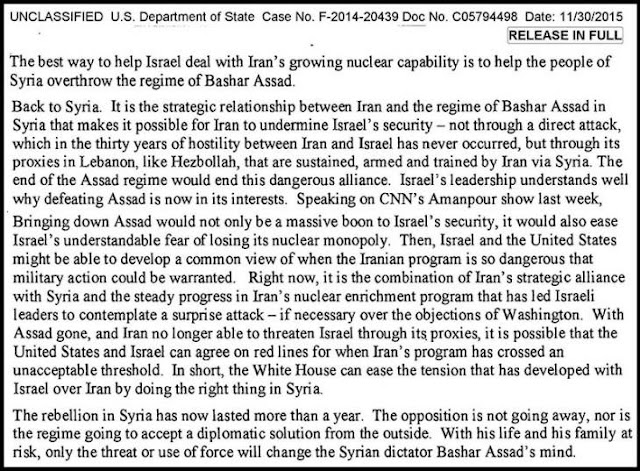 The best way to help Israel deal with Iran's growing nuclear capability is to help the people of Syria overthrow the regime of Bashar Assad.

Negotiations to limit Iran's nuclear program will not solve Israel's security dilemma. Nor will they stop Iran from improving the crucial part of any nuclear weapons program — the capability to enrich uranium. At best, the talks between the world's major powers and Iran that began in Istanbul this April and will continue in Baghdad in May will enable Israel to postpone by a few months a decision whether to launch an attack on Iran that could provoke a major Mideast war.

Iran's nuclear program and Syria's civil war may seem unconnected, but they are.

For Israeli leaders, the real threat from a nuclear-armed Iran is not the prospect of an insane Iranian leader launching an unprovoked Iranian nuclear attack on Israel that would lead to the annihilation of
both countries.

What Israeli military leaders really worry about -- but cannot talk about -- is losing their nuclear monopoly.

An Iranian nuclear weapons capability would not only end that nuclear monopoly but could also prompt other adversaries, like Saudi Arabia and Egypt, to go nuclear as well. The result would be a precarious nuclear balance in which Israel could not respond to provocations with conventional military strikes on Syria and Lebanon, as it can today.

If Iran were to reach the threshold of a nuclear weapons state, Tehran would find it much easier to call on its allies in Syria and Hezbollah to strike Israel, knowing that its nuclear weapons would serve as a deterrent to Israel responding against Iran itself.

Back to Syria. It is the strategic relationship between Iran and the regime of Bashar Assad in Syria that makes it possible for Iran to undermine Israel's security — not through a direct attack, which in the thirty years of hostility between Iran and Israel has never occurred, but through its proxies in Lebanon, like Hezbollah, that are sustained, armed and trained by Iran via Syria.

The end of the Assad regime would end this dangerous alliance. Israel's leadership understands well why defeating Assad is now in its interests.

Speaking on CNN's Amanpour show last week, Defense Minister Ehud Barak argued that "the toppling down of Assad will be a major blow to the radical axis, major blow to Iran.... It's the only kind of outpost of the Iranian influence in the Arab world...and it will weaken dramatically both Hezbollah in Lebanon and Hamas and Islamic Jihad in Gaza."

Bringing down Assad would not only be a massive boon to Israel's security, it would also ease Israel's understandable fear of losing its nuclear monopoly. Then, Israel and the United States might be able to develop a common view of when the Iranian program is so dangerous that military action could be warranted. Right now, it is the combination of Iran's strategic alliance with Syria and the steady progress in Iran's nuclear enrichment program that has led Israeli leaders to contemplate a surprise attack — if necessary over the objections of Washington.

With Assad gone, and Iran no longer able to threaten Israel through its, proxies, it is possible that the United States and Israel can agree on red lines for when Iran's program has crossed an unacceptable threshold. In short, the White House can ease the tension that has developed with Israel over Iran by doing the right thing in Syria.

The rebellion in Syria has now lasted more than a year. The opposition is not going away, nor is the regime going to accept a diplomatic solution from the outside. With his life and his family at risk, only the threat or use of force will change the Syrian dictator Bashar Assad's mind.

The Obama administration has been understandably wary of engaging in an air operation in Syria like the one conducted in Libya for three main reasons.

Unlike the Libyan opposition forces, the Syrian rebels are not unified and do not hold territory. The Arab League has not called for outside military intervention as it did in Libya. And the Russians are opposed.

Libya was an easier case. But other than the laudable purpose of saving Libyan civilians from likely attacks by Qaddafi's regime, the Libyan operation had no long-lasting consequences for the region. Syria is harder.

But success in Syria would be a transformative event for the Middle East. Not only would another ruthless dictator succumb to mass opposition on the streets, but the region would be changed for the better as Iran would no longer have a foothold in the Middle East from which to threaten Israel and undermine stability in the region.

Unlike in Libya, a successful intervention in Syria would require substantial diplomatic and military leadership from the United States.

Washington should start by expressing its willingness to work with regional allies like Turkey, Saudi Arabia, and Qatar to organize, train
and arm Syrian rebel forces. The announcement of such a decision would, by itself, likely cause substantial defections from the Syrian military.

Then, using territory in Turkey and possibly Jordan, U.S. diplomats and Pentagon officials can start strengthening the opposition. It will take time. But the rebellion is going to go on for a long time, with or without U.S. involvement.

The second step is to develop international support for a coalition air operation. Russia will never support such a mission, so there is no point operating through the UN Security Council.

Some argue that U.S. involvement risks a wider war with Russia. But the Kosovo example shows otherwise. In that case, Russia had genuine ethnic and political ties to the Serbs, which don't exist between Russia and Syria, and even then Russia did little more than complain.
Russian officials have already acknowledged they won't stand in the way if intervention comes.

Arming the Syrian rebels and using western air power to ground Syrian helicopters and airplanes is a low-cost high payoff approach. As long as Washington's political leaders stay firm that no U.S. ground troops will be deployed, as they did in both Kosovo and Libya, the costs to the United States will be limited.

Victory may not come quickly or easily, but it will come.

And the payoff will be substantial.

Iran would be strategically isolated, unable to exert its influence in the Middle East. The resulting regime in Syria will see the United States as a friend, not an enemy. Washington would gain substantial recognition as fighting for the people in the Arab world, not the corrupt regimes.

For Israel, the rationale for a bolt from the blue attack on Iran's nuclear facilities would be eased. And a new Syrian regime might well be open to early action on the frozen peace talks with Israel. Hezbollah in Lebanon would be cut off from its Iranian sponsor since Syria would no longer be a transit point for Iranian training, assistance and missiles.

All these strategic benefits and the prospect of saving thousands of civilians from murder at the hands of the Assad regime (10,000 have already been killed in this first year of civil war).

With the veil of fear lifted from the Syrian people, they seem determine to fight for their freedom. America can and should help them — and by doing so help Israel and help reduce the risk of a wider war.