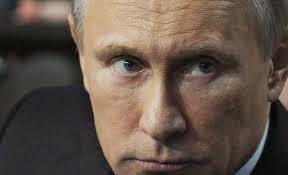 In your speech to the State Duma you asked for understanding from the Germans.
We are German citizens who have experienced the post-war majority in the western half of Germany. When the Cold War ended in 1990 and our country was re-united, a sigh of relief went through the world, because the ever- looming danger of a nuclear military conflict which would have engulfed the entire globe seemed to have been avoided. Germany would have been wiped out.

The Soviet Union made unparalleled sacrifices in its decisive contribution to the liberation of Europe from Nazism. Nevertheless, in 1990 it was ready to support German reunification in 1991, to dissolve the Warsaw Pact and accept NATO membership of the reunified Germany. This was not honored by the West. The then US Ambassador in Moscow (1987 to 1991), Jack Matlock, confirmed a few days ago in the Washington Post that President Bush had agreed not to take advantage of the generosity of President Gorbachev.

The expansion of NATO into former Soviet republics, the establishment of military bases in former Warsaw Pact states and the establishment of a missile defense shield in Eastern Europe with a unilateral termination of the ABM Treaty by the United States are not only blatant breaches of good faith. These measures are understood by us as a Western claim to power directed against the Russian state and the economic consolidation of your country after you took office in 2000. Moreover, Keir A Lieber and Daryl G Press in their 2006 Foreign Affairs article “The Rise of U.S. Nuclear Primacy” convincingly showed that the purpose of the missile defense shield is to facilitate a first strike nuclear neutralization of Russia.

This history, in concise form, reflects the background against which we judge the events in Ukraine since November 2013. It is now well documented that the U.S. has exploited the legitimate protests of the Ukrainian people for their own purposes. The pattern is evident form other countries: Serbia, Georgia, Ukraine in 2004, Egypt, Syria, Libya, Venezuela ……

Within twelve hours of the negotiated agreement with the European Union and OSCE, announced by the foreign ministers of the Weimar Triangle and involving a peaceful transition of power, it was summararily abrogated with the help of fascist forces. Those behind the current coup government in Kiev are shown on the website of the Open Ukraine Foundation of the incumbent Prime Minister.

The intra – and international – legal issues surrounding secession of the Crimea are a separate issue. We do not address the legal, but purely political events here. Against the background of developments in Europe since 1990, the deployment of some 1,000 U.S. military bases around the world, the control of the Straits by the U.S. and the re-focussing of the perpetrators of the Maidan threat to the Russian Black Sea fleet, we see the secession of the Crimea as a defensive measure with a simultaneous message: this far and no further! The crucial difference with Kosovo’s independence declaration is that the latter was only made possible by illegal NATO bombing, unfortunately with the participation of Germany, which created the conditions for independence.

Dear Mr. President, you have called for an economic community from Lisbon to Vladivostok for almost four years. It would be the economic basis for the“common European home”. Ukraine could make a perfect bridge for future cooperation between your intended Eurasian Union and the European Union, not least in cultural terms. We are persuaded the the purpose of the massive influence of the USA is to prevent the Ukraine from becoming such a bridge. The forces which have prevailed in the European Commission are supporting the policy of the United States against Russia. The speech of the Executive Secretary General of the European External Action Service, Pierre Vimont, on 14 March this year is so far unique (EurActiv, “EU shunned from US-Russia meeting on Ukraine”).

Dear Mr. President, we trust that your historic speech in 2001 will continue to form the basis for your actions against the EU and Germany in the German Bundestag. The latest polls show that the majority of Germans do not want any confrontation with the Russian Federation and understand Russia’s reaction to the events in Ukraine. We do not underestimate the difficulties faced by the Federal Republic of Germany as a member of the EU and NATO concerning Russia, these are also known to you. However, at least we expect the Federal Government to operate the old Roman legal principle audiatur et altera pars (“hear the other side too”). This was however omitted in connection with the neighborhood policy of the EU in the case of Ukraine.

Even during the Cold War Russia has not made use of the argument that 27 millions of its citizens died during WWII for political gain against Germany. This figure alone gives a special quality in the relations between our countries. The people of Germany have a keen sense of to this: when “The Group of Soviet forces in Germany” in 1994 takes leave of Germany with a performance of its music corps on the square before the Bundeskunsthalle in Bonn, there were moving scenes between the numerous spectators and musicians.

In this context, when we see the present news reporting and commentaries in the German media we can only say that we find them disgusting.

Dear Mr. President, with our modest means as simple citizens, we will help to ensure that the intended division of Europe does not succeed, but the ideas of Gottfried Wilhelm Leibniz be brought back to life. We are convinced that if the states and peoples of the Eurasian continent regulate their affairs peacefully with each other, respectfully, cooperatively, on the basis of law and without outside interference, this will also radiate to the rest of the world. We see you in this sense as an ally.
For your present, and hopefully next term, we wish you strength, stamina, intelligence and skill.