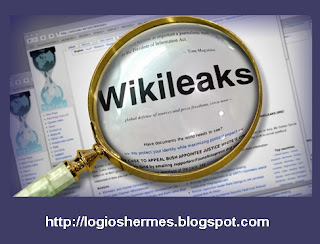 C O N F I D E N T I A L ATHENS 000459
SIPDIS
SIPDIS
E.O. 12958: DECL: 03/02/2017
TAGS: PREL, PGOV, MOPS, NATO, GR
SUBJECT: AEGEAN MIGRAINE: GREECE REACTS TO NATO EXERCISE
CANCELLATION
REF: HOTR 6 837 0051 07
Classified By: AMBASSADOR CHARLES RIES. REASONS 1.4 (B) AND (D).
1. (C) SUMMARY: The February 26 decision to withdraw NATO
participation from the February 27 Noble Archer exercise over
the Aegean island of Agios Efstratios has created an uproar
in Greece. The Greek press blasted NATO for being "duped by
Turkey" into believing the island´s status was under dispute.
The normally low-key Greek armed forces chief Admiral
Chinofotis told Embassy DATT that he believed the NATO system
had been "abused." An attempt by the Greek government
spokesman to provide NATO some breathing space by claiming
the exercise had been postponed due to bad weather had little
impact (beyond attracting ridicule); GOG officials reportedly
plan to raise the issue in Brussels with the NATO SYG. At
the same time, the Embassy has only just learned that when
the exercise profile was published, Greek civilian air
authorities issued a NOTAM naming Agios Efstratios and the
island of Limnos in the exercise -- a move which undoubtedly
piqued the Turks. The GoG, thus, may have been playing its
own game with the issue. For the NATO-wary Greek public, the
incident has reinforced its belief that the Alliance tilts
toward Turkey -- and is simply unwilling to do its homework
on Aegean issues. END SUMMARY.
NATO CANCELS EXERCISE OVER AGIOS EFSTRATIOS . . .
--------------------------------------------- ----
2. (SBU) On February 27, Greek media reported that NATO had
canceled a scheduled training exercise involving Greek
warplanes and at least one NATO AWAC, which was to have taken
place in the north-central Aegean over the Greek island of
Agios Efstratios (Saint Eustratius), located near the larger
Greek islands of Limnos and Lesvos. Press reports
(apparently accurately) noted the cancellation had occurred
following a Turkish protest to NATO that the island was by
treaty &demilitarized territory.8
3. (C) Greek official and press sources sharply countered
that Agios Efstratios was not mentioned in any of the
international treaties addressing the armed status of the
Aegean islands and rejected as absurd the idea that the
island might be regarded as a disputed &grey zone8 whose
status as Greek territory was ever under question. NOTE:
Turkey apparently did not object in the past when military
exercises took place at Agios Efstratios, most notably during
a joint, mid-sized, amphibious exercise, involving Greek and
U.S. forces and code-named "Megas Alexandros", which took
place in June 1998 and March 1999 in the sea region between
Volos, Skyros and Agios Efstratios. END NOTE.
4. (C) The Embassy heard on March 2 that when the exercise
profile was published, Greek civilian air authorities issued
a NOTAM naming Agios Efstratios and the island of Limnos in
the exercise plan. Given the on-going Greek-Turkish dispute
over the demilitarized status of Limnos, the Greek decision
to include it in the NOTAM undoubtedly piqued Turkish ire.
. . . CHOD PROTESTS TO DATT, GOG TO RAISE AT NATO
--------------------------------------------- ----
5. (C) On February 28, Greek armed forces chief Admiral
Chinofotis called in Embassy DATT, providing details of the
issue -- though without mentioning the question of Limnos in
the NOTAM -- and suggesting that the NATO system had been
"abused." The CHOD categorically rejected any notion that
Agios Efstratios is or ever had been demilitarized (and noted
that the Defense Minister had visited a small Greek platoon
stationed on the island in 2006). Chinofotis told DATT
frankly that, while he supported both the Alliance and the
U.S., since the "inflammatory event" had already reached the
press, there would be trouble.
6. (U) On March 1, Chinofotis told the daily "Kathimerini"
that the Greek response to these most recent Turkish claims
would be "thorough and immediate ... addressing every NATO
command level." The admiral added, however, that NATO had no
jurisdiction over international treaty interpretation. As
for Agios Efstratios specifically, Chinofotis said the
island, as part of Greek sovereign territory, could not be
subject to any discussions between him and any of his foreign
opposites "inside or outside NATO."
COMMENT
-------
7. (C) There are many hot-button issues in Greece, but
perhaps none is hotter than Greek sovereignty over islands in
the Aegean. The nationalities of those involved, the short
notice, and existing precedent for exercises in the area
raised the temperature. While the Greek and Turkish
governments want to keep things cool, this is an election
year in both countries. Thus, it is important that we be
sensitive to the impact that NATO exercises can have on
Aegean dynamics.
8. (C) We do not know whether the GoG was playing a game in
including Limnos in issuing its NOTAM notice. Nor do we know
whether a long-standing Turkish concern about Limnos or the
newly minted concern about Agios Efstratios was a more
important factor in NATO´s decision. We are seeking to make
clear to the GoG that we cannot help manage reaction to such
issues if the GoG gives the entire story to the Greek press
before raising it with us.
9. (C) We are not questioning NATO´s long-standing practice
of staying out of Greek-Turkish gamesmanship in the Aegean,
nor do we wish to insert ourselves in NATO decision-making
about exercises. The fall-out from this incident is minor
for the Embassy, but potentially serious for NATO. The
reinforced Greek public perception that NATO is reflexively
anti-Greek will not help NATO achieve its goals of increased
Greek involvement in Afghanistan and elsewhere. If Embassy
Athens had been aware of the decision to cancel the exercise
from a NATO or USG source rather than from the Greek CHOD and
Greek press, we could have tried to manage the Greek response
in such a way as to do less damage to NATO´s image.
RIES
;2007-03-02 17:31